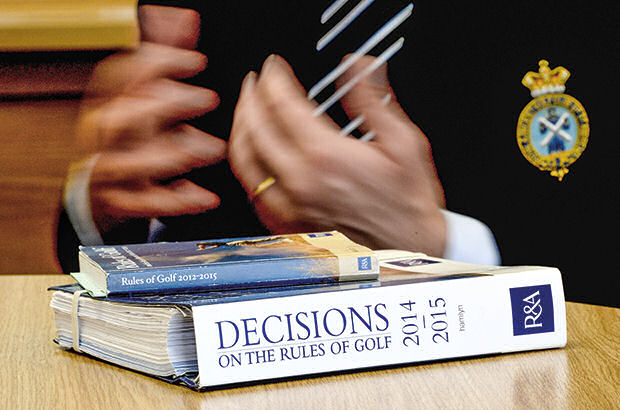 AT 234 pages, the most recent edition of the ‘Rules of Golf’, published on January 1 last year, is not a short read. It is also not a particularly enjoyable one. “In the event of ‘X’ do ‘Y’, unless one of the following six conditions apply.” It’s full of stuff like that.

In all the years I’ve been playing golf, I’ve never really bothered to sit down and make myself completely familiar with the rules. Broadly speaking, I know what’s allowed and what’s not but put it this way: it wouldn’t be my specialist subject on Mastermind.

To be honest, I’m not sure it would be anybody’s. Who really has the time or desire to sit down, read and learn so much dry info? Most people I know struggle to find the opportunity to read any book, never mind one so mind-numbingly tedious.

It’s for that reason that we should all be applauding the R&A and USGA’s decision to modernise and simplify the game’s rules. David Rickman, the R&A’s Executive Director of Governance, explained that the move was designed to “to make the Rules easier to understand and to apply for all golfers” whilst remaining “in tune with the way the modern game is played”.

The number of rules in the book will be cut from 34 to
24 and will be written in a user-friendly style, with shorter sentences, commonly-used phrases, bulleted lists and explanatory headlines. They will also be supported by technology that allows the use of images, videos and graphics.

In other words, it will be easier to understand what’s allowed and what’s not.

There will also no longer be penalties for accidentally moving a ball on the putting green or in searching for a ball. Additional to that, players will be able to repair spike marks and other damage to greens, with no penalty for merely touching the line of the putt, whilst a player’s ‘reasonable judgement’ when estimating or measuring a spot, point, line area or distance will be upheld, even if video evidence later shows it to be wrong.

All of this should result in a game that it is easier to administer. It has always been to the detriment of golf’s image that the sport has been so steadfastly self-officiating, whilst at the same time being burdened with a rulebook that has often caused more confusion than it has solved.

Newcomers especially don’t want the hassle of trying to interpret the game from front to back all the while grappling with the difficulties of learning the tricky technical aspects of it. People these days are notoriously more impatient than at any other time in living memory. What chance does golf have of converting their interest into regular, committed play when it makes itself so unnecessarily complicated to play?

News of these simplified rules comes at a time when golf has been undermined by high-profile examples of the current set of laws severely - some might say unfairly - impacting upon the game’s top players.

From Dustin Johnson’s penalty at last year’s US Open for ‘moving’ his ball when he addressed it on the fifth green in the final round, to Anna Nordqvist’s ‘after the fact’ penalty for touching the sand with her club in a fairway bunker on the second play-off hole in last year’s US Women’s Open, to Lexi Thompson’s day-late ‘trial by TV’ at the recent ANA Inspiration, there have been numerous instances in the last 12 months where golf and its top players have suffered at the hands of a rulebook that, despite stretching to 234 pages, still needed refinement.

Fortunately, that refinement is coming, and not a moment too soon. The R&A and USGA have long taken heat - much of it deserved - for failing to embrace modern ways of thinking and for resisting changes that most others see as common sense, as ‘evolution’ not ‘revolution’. On this occasion, however, they’ve got it 100% right. Fair play. 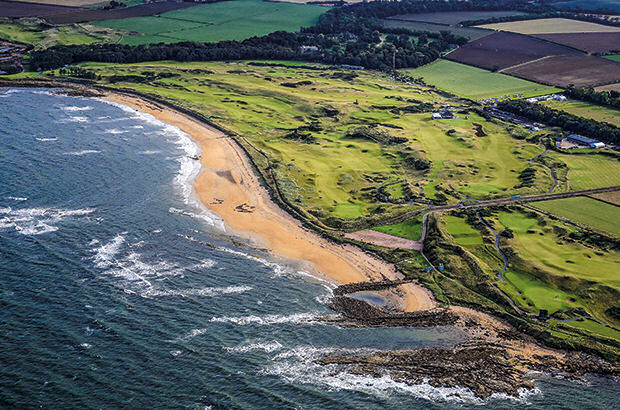 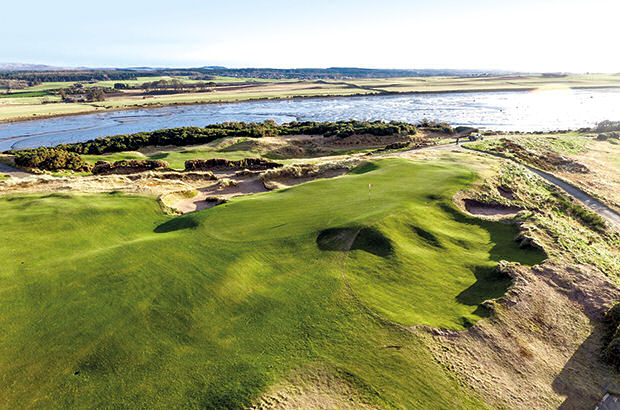