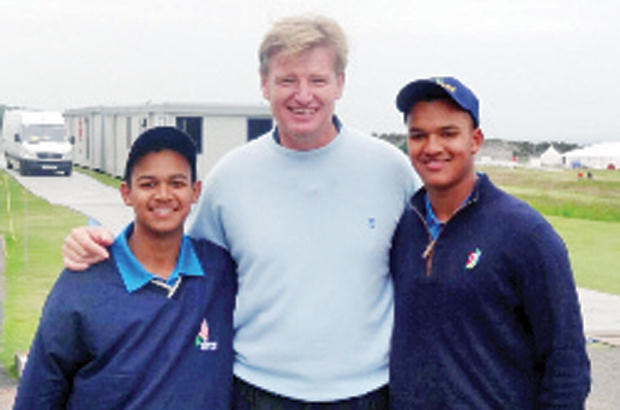 SOUTH AFRICAN pair Keelan African and Dylan Jacobs enjoyed a three week whirlwind trip to Scotland as part of an initiative with the Scottish Golf Union that included a trip to the Open and a chance to meet South Africa’s four-time major champion Ernie Els.

During their visit, the duo, who are both part of the South African Golf Development Board’s (SAGDB) programmes to provide access to golf for disadvantaged youth in South Africa, competed in three competitions, played the Old Course at St Andrews and Muirfield prior to the Open Championship, even fitting a trip to Edinburgh Castle into their busy schedule.

“I hope this trip will inspire these young South African golfers to realise the opportunity golf can give to talented players whatever their background,” said SGU chairman, Tom Craig. “When they return home I hope their story will also inspire others to improve their lives through golf.”

The youngsters arrived at the end of June and played in the East of Scotland Open Amateur Championship at Lundin, the Cameron Corbett Vase at Haggs Castle and the Sutherland Chalice at Dumfries County over the course of the three weeks as part of an initiative to help build close relations with South African golf, and specifically the SAGDB.

of the SAGDB, Johann Rupert, through the Alfred Dunhill Foundation. Their work has also allowed Scotland's leading male amateur talents to hone their skills by participating in winter performance programmes in South Africa and gain entry to tournaments on the domestic circuit. The benefits began to show very quickly as Michael Stewart and Brian Soutar both experienced success in the Rainbow Nation, being crowned South African Amateur champions in 2011 and 2012 respectively.

Grant Hepburn, executive director of the SAGDB, added: “We are so grateful for the initiative started four years ago by Mr Rupert that has resulted in a very close relationship between the SAGDB and the SGU.

“The last few years have seen this relationship grow and many friendships have been born. It is fantastic for the SAGDB and for South African golf that Mr Craig and also Mr Hamish Grey, CEO of the Scottish Golf Union, have initiated this new opportunity for two of our golfers to compete in Scotland.

“We are most thankful to them, as well as the sponsors for their support and all of the companies who made this trip possible.” 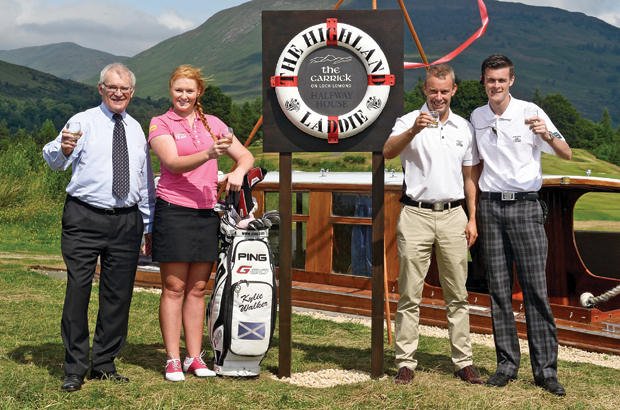 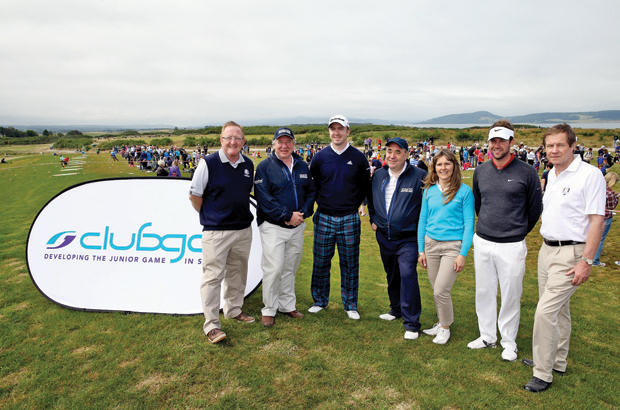 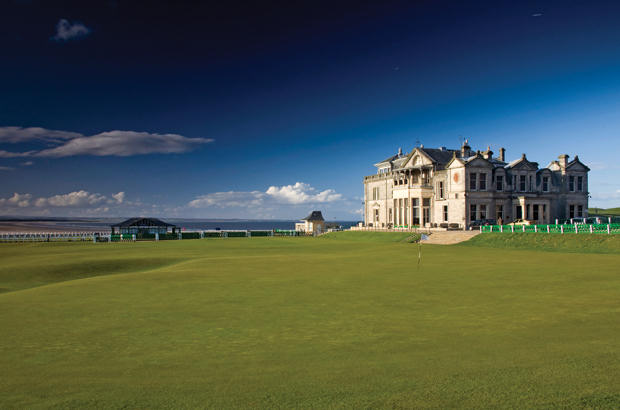