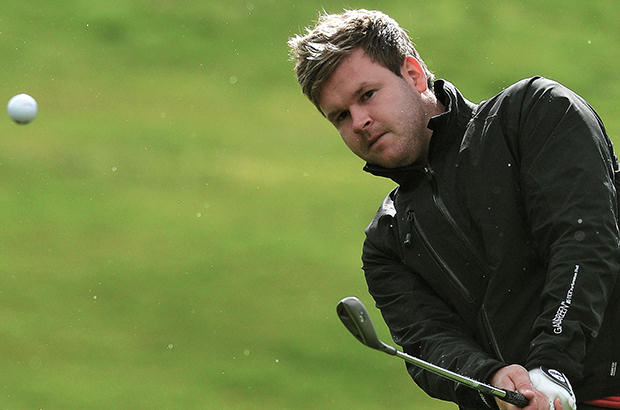 PAUL O’HARA has told Scottish Club Golfer that he is very much ‘enjoying life’ as he continues his work on the track towards becoming a qualified PGA professional.

A two-time Scottish Amateur Championship runner-up, O’Hara played for two years on the satellite tours, narrowly missing out on his Challenge Tour card, before deciding to change his route in the game by enrolling on the University of Birmingham-run course.

“I’ve really really enjoyed it,” said O’Hara. “You’ve not got a minute, to be honest, it’s a really hectic schedule but I’m really enjoying it. It’s brilliant.

“I’ve learned a lot of new stuff as well. I thought I knew a lot about golf until I started doing the PGA Foundation degree. There’s a lot more to it than what I knew before so it’s superb.”

The Scot is about to enter the second year of the course after passing all of his exams with merit back in April. He’s also working a minimum of 30 hours a week at Clydeway Golf as an assistant professional, offering a different way of life to how it was when he played on the EPD Tour for two years.

“I’m really enjoying this,” he added. “I was on the EPD Tour, so it’s not European Tour standard, but it’s still the same amount of travelling. Any spare minute you have, you’re practising or travelling to tournaments, so it was tough in that respect, but this is different. Here, you’ve got to do your 30 hours minimum of work, but I think I normally end up doing around 40.”

O’Hara has enjoyed some success on the course, too, winning three tournaments on the Tartan Tour, and he’s enjoying the competition each event brings. He has also been working with coach Alan McCloskey at Bothwell Castle, who works with European Tour pros including Stephen Gallacher, Scott Jamieson and Marc Warren.

He continued: “It’s really competitive on the Tartan Tour. I don’t play every tournament because I just can’t get the time off work but I had full status this year on it, so I could pick and choose when I wanted to play.

“All of the guys I’m playing against are full-time, so it’s hard because they just go from tournament to tournament. Sometimes I won’t play for a week and just turn up and practice an hour before I tee off and hope for the best.

“I’ve been playing quite well. I’ve been seeing Alan McLoskey for the last year-and-a-half and he’s really helped me and brought my game on a lot.

“I don’t practice as much as I used to but I’m still managing to shoot low scores so he’s helping me to play more consistently.”

O’Hara has two years left of his PGA Foundation degree and he hasn’t thought much about what he’ll do afterwards, whether it is focusing on the sport science side of the game which he has enjoyed, or going back to playing and making another attempt to get onto the Challenge Tour.

He concluded: “I’m not sure yet what I will do afterwards. I could go anywhere. I really like the sport science area, and golf coaching as well, so I’ll see what happens.

“I’m a good player, too, so I can always play on the Tartan Tour like I am just now. It’s a possibility I’ll try to get onto the Challenge Tour again.” 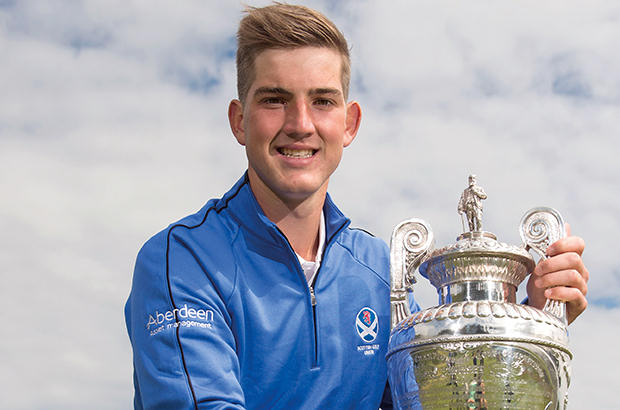 Neil hungry for more after Open 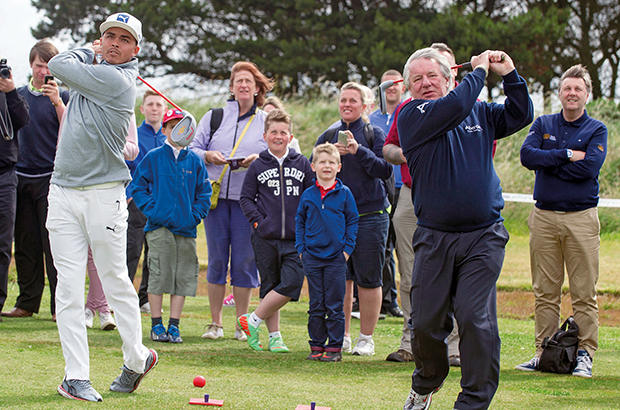