Elevate your golf to 'Cloud Nine' 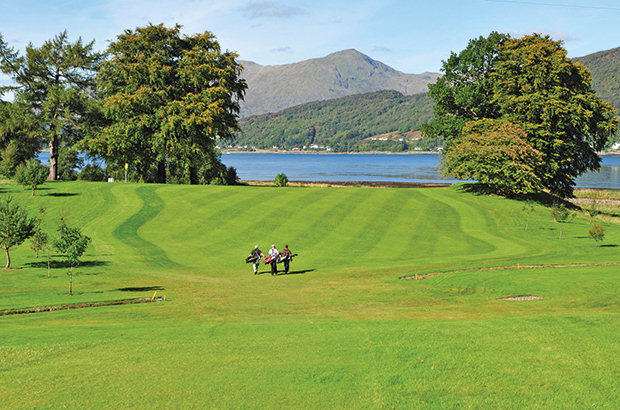 With ever-increasing demands on time and money, the popularity of nine-hole golf is growing all the time

FOR many golfers across the country, nine-hole golf is proving a popular alternative to the traditional 18 holes. If you too feel like making the switch, or just fancy sampling some of the terrific nine-hole courses Scotland has to offer, Scottish Club Golfer has identified a range of courses spanning the length and breadth of the country to give you food for thought.

We begin our journey in the Highlands at Bonar Bridge and Ardgay Golf Club. As you would expect, its course has some spectacular scenery and has been hailed as a ‘mini Gleneagles’. Views over Loch Migdale await golfers, and Scots Pine and purple heather surround the course’s rolling fairways.

Just outside Aviemore lies Abernethy Golf Club. It has all the hallmarks of a traditional Highland course, its roving moorland, wrapped in majestic pine trees, with an undulating layout.

As you wander round this fine course you may even catch a glimpse of a red squirrel, or maybe even an osprey, which occasionally fly overhead.

Staying in the Highlands, we move to Dragon’s Tooth Golf Course and the magnificent setting of Fort William.

Dragon’s Tooth is surrounded by scenery that has to be seen to be believed. Wedged between two Munros at the foot of the stunning Glencoe, it is a sight to behold and, with USGA standard greens, it’s not just the views that attract golfers.

Moving onto the East Coast into Angus we reach Edzell Golf Club. Adjacent to the Old Course is the younger West Water Course. At nine holes long, it offers a fresh layout with a modern challenge for today’s golfers. Though it may not be as long as its older brother, the West Water more than matches its high standards.

Just North of Dundee is Piperdam Golf and Leisure Resort, home to a nine-hole par-3 course, known as ‘Wee Piper’. If you’re pressed for time then a round at ‘Wee Piper’ is for you, as a game here will take you just over an hour-and-a-half. The course contains a variety of par-3s, so you will need to play a range of shots to score well.

Perthshire boasts some of Scotland’s most famous courses, so it is no surprise that it is home to one of the country’s finest nine-hole courses: Comrie. Forged from the same landscape as Gleneagles, Comrie’s course is a hidden gem. Its rolling heathland fairways are sure to impress even the most experienced golfer.

Located in Blairgowrie, in the heart of the Strathmore Valley is Strathmore Golf Centre. Its nine-hole Leitfie Links course is a short course ideal for honing your short game skills. In total, your approach play will be tested on seven of the par-3 holes. If you’re looking for a quick yet testing round, the Leitfie course is ideal.

Foulford Inn Golf Club is another Perthshire club with its own nine-hole course. Typical of the region it has a heathland landscape with a mountains backdrop. Adding to this, the course also has many water hazards, so you must be accurate throughout. It’s a good test of your all round game.

Milnathort, in Kinross, is a village club perfect for players of all standards. Its course is a parkland layout, which is fairly open, and its greens have earned the club a growing reputation as a good place to play in all conditions.

South of St Andrews is Lundin Ladies Golf Club, the oldest ladies’ golf club in Scotland. Despite being close to the sea, its course is a tight parkland track. Ladies of all abilities are encouraged to come test their skills against the Lundin course. H owever, men and boys may also become season ticket holders.

Crossing the breadth of the country, over to Argyll & Bute, we reach Taynuilt Golf Club. Resting at the gateway to the islands, a challenging nine holes of parkland golf await you. The difficulty of its course lies not in its length but in its design. The clever layout will test your shot-making.

The University of Strathclyde‘s Recreational and Conference Centre may not be the first place you think of for nine-hole golf. However, its course - situated on the south East Shores of Loch Lomond, in 200 acres of lush parkland - is a hidden treasure. For your nine-hole golf fix in the West of Scotland, be sure to check it out.

Moving into the heart of Glasgow, nine-hole golf is available on any of the three nine-hole courses provided by Culture and Sport Glasgow.

In nearby North Lanarkshire, golfers seeking a quick nine holes can head to Calderbraes. This is a tough course where you must control your ball well to get round. With out-of-bounds on almost every hole, and narrow fairways, who said nine-hole golf was easy?

Troon is famous for golf throughout the country. If you want to get a taste of golf in this West coast hotspot, what better way than a short nine holes at Barassie Golf Club’s Hillhouse Course. The nine holes there bear all the hallmarks of a top layout.

Quality nine-hole golf is also within reach in the Edinburgh region at Whitehill House Golf Course, just 20 minutes from the capital.

Each hole presents a challenge, but no more so than the daunting ‘Ramsay’s Revenge’ - a par-3 of extreme difficulty. From an elevated tee you hit over a wooden gorge to an undulating green guarded by bunkers. No pressure!

Just a few miles away rests the nine-hole course of Vogrie Country Park. You can pay as you play on this course, run by Midlothian Council. If it’s a good nine-holes with no fuss you’re after, then Vogrie’s course is just the place.

We end our look at the nine-hole courses Scotland has to offer in Dumfries & Galloway, at Tongland Family Golf Centre. Set in the attractive surroundings of Dumfries & Galloway - and with a relaxed atmosphere - the golf centre is a great way to spend a family day out on the golf course.

As you can see Scotland has some excellent nine-hole courses, with one never too far away. Whether you want to play in the scenic Highlands, the heather and heath of Perthshire’s, Greater Glasgow, or in and around Edinburgh, a quality course is always within reach.

TAME THE DRAGON With its USGA standard greens and utterly beautiful setting, the nine-hole course at Dragon’s Tooth Golf Course - near Fort William, in the Scottish Highlands - is just too good to miss 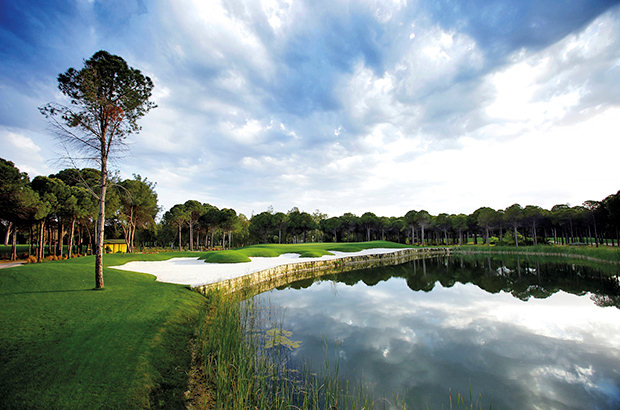 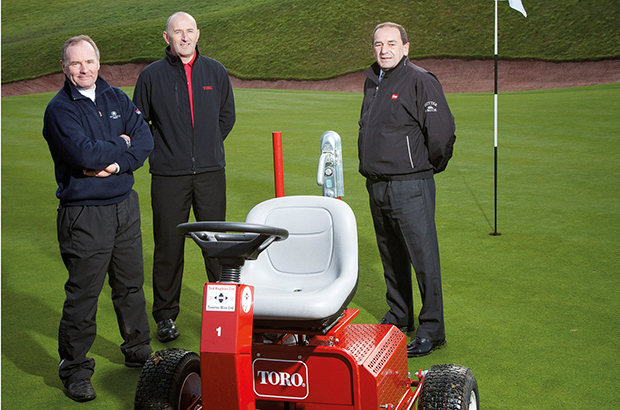 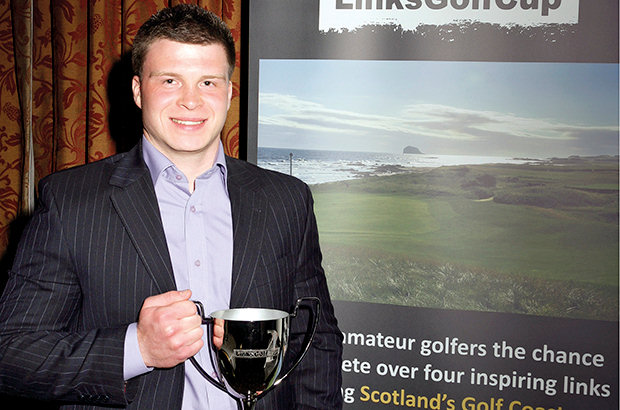